The Future of Jobs

The Future of Jobs 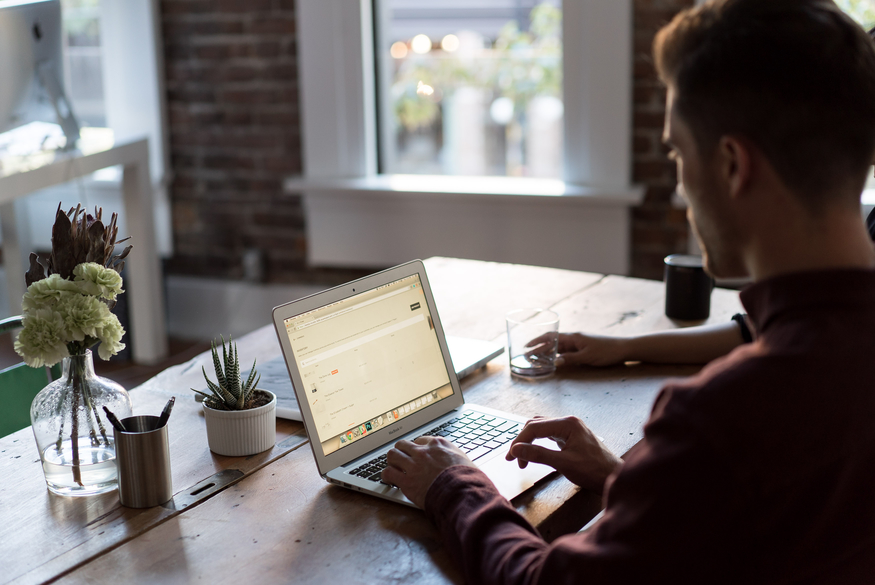 Change is coming. It’s inevitable and it’s coming for you and for your (future) job. As the current generation of young people look at their career options, they have a new question to ask that their parents didn’t even consider: in the future, will work exist? Imagine a time in the not-so-distant-future when the 40-hour work week is a thing of the past. Imagine a future where half the careers that exist today are only a vague memory.

If you’re just beginning your career today, you will almost certainly live in that world. Now, it might be easy to dismiss such fears, but we are living on the edge of a technological revolution that will change everything. In fact, it’s already here.

How many retail jobs have been lost in the past several years’ due to the power of Amazon.com? And that’s just the beginning. Artificial Intelligence (AI), robots and other forms of automation will inevitably disrupt the working world like nothing we’ve ever seen. In preparation for this, our goal is to determine which careers are most at risk and which are least likely to be disrupted by this revolution.

In the next ten years, which jobs are most at risk?

During that same time-frame, which tasks and careers are least likely to face disruption?

If artificial intelligence continues at the pace we are witnessing today, the next 20 years could be entirely disruptive. Imagine needing eye surgery 20 years from now. Would you prefer the absolute precision and steadiness of a robot or the potentially-fallible hand of a human surgeon? And what about your family doctor? Does he or she possess the absolute recall of every journal, study, scientific paper and new technique? Does he or she remember everything about your medical history, and the history or your family going back three generations? Not likely, but your new AI doctor will.

Some top scientists, including the brilliant Stephen Hawking, believe that we are facing a time when artificial intelligence will surpass human ability and lead to an entirely new paradigm of work. Most likely, only certain types of careers will be immune to artificial intelligence in the long run. Creative work, human interaction, advising roles, and those fields requiring human touch may be the most resistant. No one knows for sure how it will evolve, but we know one thing with absolute certainty: change is coming.

Will Your Job Exist in the Future?

With artificial intelligence, robots and the coming Singularity, it’s never been more difficult to decide on a career path. The risk is that you’ll decide on a career, attend four to eight years of college at enormous costs in time and money, only to find that the career has ceased to exist by the time your preparation is complete.

Now it’s true that no one can (yet) see the future, but we can evaluate potential career choices to determine the likelihood of their survival in this fast-changing world.

The current state of artificial intelligence and robotic technology allows for the automation of certain types of jobs and tasks. As of today, robots have primarily taken the place of manufacturing jobs that require repetitive motions, physical strength, and exacting precision. We’ve seen the elimination of many production-line jobs and that trend will certainly continue.

But what’s next for the revolution of robots and artificial technology? Which careers will continue to thrive, which will cease to exist, and which entirely new careers will emerge from the creative destruction of today’s workplace?

Let’s look at an example. Think about the easy-to-enter career of semi-truck driver. In recent years, this career has enjoyed high demand, a shortage of interested workers and rising pay. But suddenly, with the advent of driverless car technology, the transportation industry is facing the prospect of driverless trucks in the near to medium future.

It’s nearly certain that the technology will soon exist to replace truck drivers, but what about the economics, laws, and political realities? Will the public be willing to share the road with a massive semi-truck with no driver behind the wheel? Changing technology is one thing; changing minds and attitudes may be another. But this type of change will come, perhaps slowly, but it will come inevitably.

A bigger challenge is that this process of change will continue into ever more complex careers. At what point will you accept a robotic teacher for your child or send your spouse to a hospital with no human nurses? The good news is that both of those careers will probably enjoy a long and prosperous future because of the nature of the work involved.

But, if teachers are safe and nurses are safe, what about accountants or project managers or engineers? How can you evaluate a possible career choice today to assess if that career may still exist in ten or fifteen or twenty years? As robots and artificial intelligence take a larger role in the workplace, certain tasks will be more easily automated than others.

Let’s use the following evaluation system to compare two career paths. We will evaluate each job on a 1 – 10 scale corresponding to “Most at Risk” and “Least at Risk.”

The higher the score, the less likely the job will be eliminated through technology; so, in this case, it appears that Advertising Copywriter would be the safer career path. Now, let’s be clear: predicting the future is always a dangerous game. But using this system will allow you to evaluate your potential career choices in a unique way that may keep you from preparing for a career that may no longer exist.

We hope you enjoyed this JobQuiz article! To learn more about your future career, be sure to take our Career Test. It takes about 12 minutes, evaluates hundreds of career possibilities, and allows you to discover your perfect career.